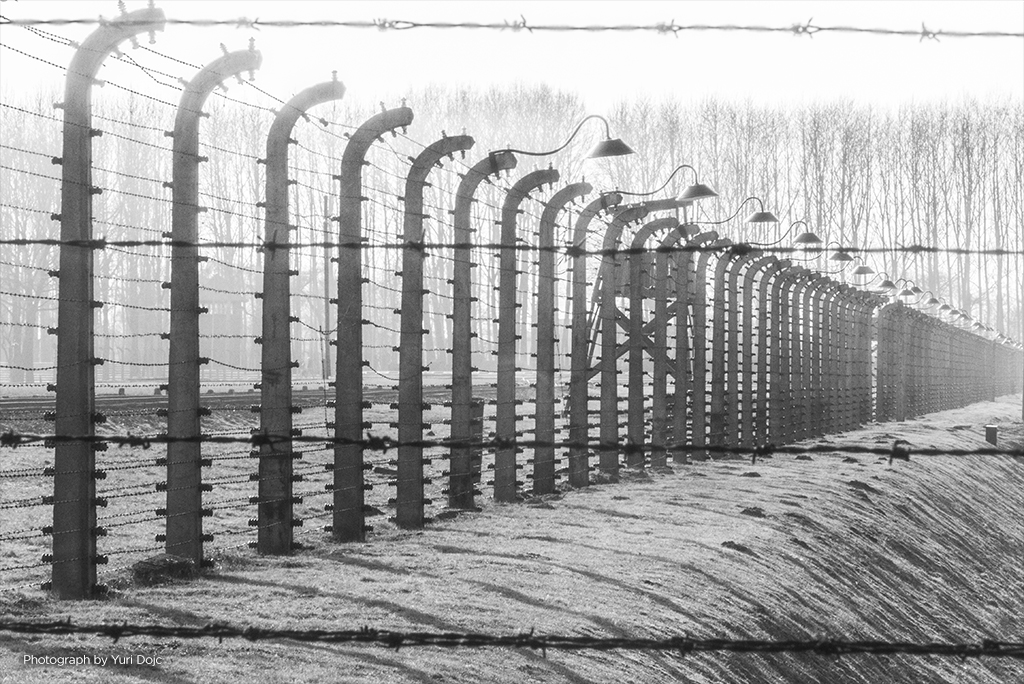 Holocaust Education: Creating a critical bridge between history and empathy

When we only discuss the Holocaust through the lessons that it can teach us, we obscure the Holocaust as an event, turning it into a metaphor.

In September of 2018, the Azrieli Foundation, in partnership with the Conference on Jewish Material Claims Against Germany (Claims Conference), commissioned a comprehensive study of Canadian knowledge and awareness of the Holocaust. The results, published in January of 2019, were alarming: Canadians did not know the complexity and scale of the Holocaust.

The survey showed that 15% of Canadian adults were unaware of or not sure if they had heard of the Holocaust. In the last year, has awareness increased due to the recent rise in antisemitic incidents in Canada and abroad? Does the pattern of targeting Jews in hate crimes create discussions about the Holocaust in the public sphere?

In classrooms and in the public discourse, the Holocaust has become an atrocity that is discussed in generalities — Canadians learn about what happens when hate is given power, when democracy is at risk, when citizens don’t speak up. These are important lessons, but extensive focus on them has blurred the details of what actually happened, created somewhat of a nebulous space in which the Holocaust can act as a stand-in or an analogy to a wide variety of general societal problems. The Holocaust must be understood and taught as an independent historical event – one with political, geographical and sociological contexts. When we only discuss the Holocaust through the lessons that it can teach us, we obscure the Holocaust as an event, turning it into a metaphor.

For example, 76% of Canadians demonstrated familiarity with Anne Frank, who in many ways represents the victim of the atrocity. However, only 23% identified the Netherlands – where Anne Frank lived in hiding – as somewhere the Holocaust took place. Anne Frank as an eternal optimist and tragic story is well known; Anne Frank in her historic specificity is not. For many Canadians, knowledge of the Holocaust can be summarized as such: It was a terrible atrocity that took place in Germany (only 43% said the Holocaust occurred in Poland); we won’t let it happen again (48% said it could happen in Western democracies); and it definitely won’t happen in Canada (27%).

We fail to understand that our government chose to close the borders and let those trying to escape a genocide be turned away.

This version of history is missing important details. One important detail that is left out: Canada’s “None is too many” immigration policy for Jews, which only 19% of Canadians knew about, while 32% believed Canada had an open door policy. We fail to understand that our government chose to close the borders and let those trying to escape a genocide be turned away.

There is a desire among Canadians for more knowledge. A substantial majority believe that all students should learn about the Holocaust so that it doesn’t happen again. A majority of young people think that Holocaust education could be substantially better. I agree. But what is our next step after we stand by a survivor and nod while they say never again and charge us to never forget?

The rise of antisemitism is pointing to the need for even greater education.

The survey proved that we as a society have much more work to do. The rise of antisemitism is pointing to the need for even greater education. And there is hope. Holocaust survivors are still here. Those who can speak to school groups are forging ahead, telling their stories. Leaders in Holocaust education are still striving to teach, working to ensure that what happened to six million Jews is understood and remembered. Our exceptional partners across the country are providing phenomenal ways to keep empowering teachers who take the time to make this happen – from the larger Holocaust centres in Vancouver, Toronto and Montreal to smaller organizations in Winnipeg, Calgary and Halifax, and from Facing History and Ourselves to Yad Vashem.

We have found that the more we do, the more interest there is. We have increased our efforts over the past year to provide educators from across Canada with the free resources they need to teach a detailed history of the Holocaust while keeping it personal and engaging. For instance, just this month, every single Grade 10 student in the Toronto District School Board received a copy of Pinchas Gutter’s memoir, Memories in Focus, and we’ve created a Facebook group for teachers to discuss the challenges they face bringing the topic into the classroom.

This year marks seventy-five years since the end of the war. Diplomats and survivors will gather at Yad Vashem, Auschwitz-Birkenau and other events around the globe and pledge to keep the memory of the Holocaust alive. We will continue to work with educators and our partners across the country to help make space to learn about what happened to six million Jews. We must all continue to make connections and keep this historical event relevant, creating a critical bridge between history and empathy.

Jody Spiegel is the Director of the Holocaust Survivor Memoirs Program at the Azrieli Foundation and is a member of the Canadian delegation to the International Holocaust Remembrance Alliance (IHRA).

This article appeared in the CJN in February 2020. 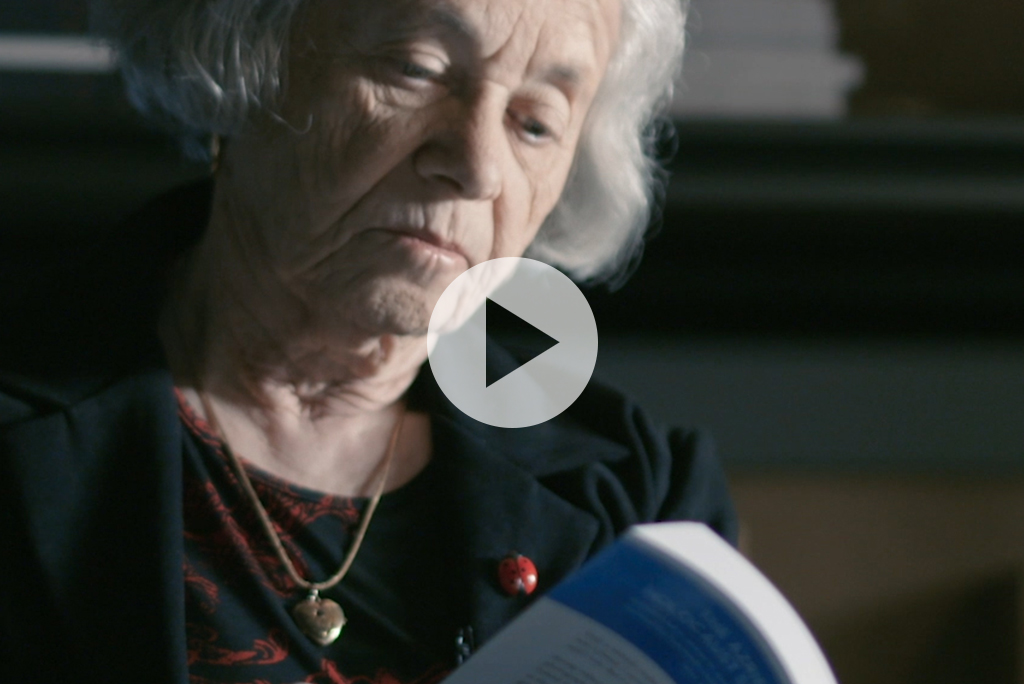 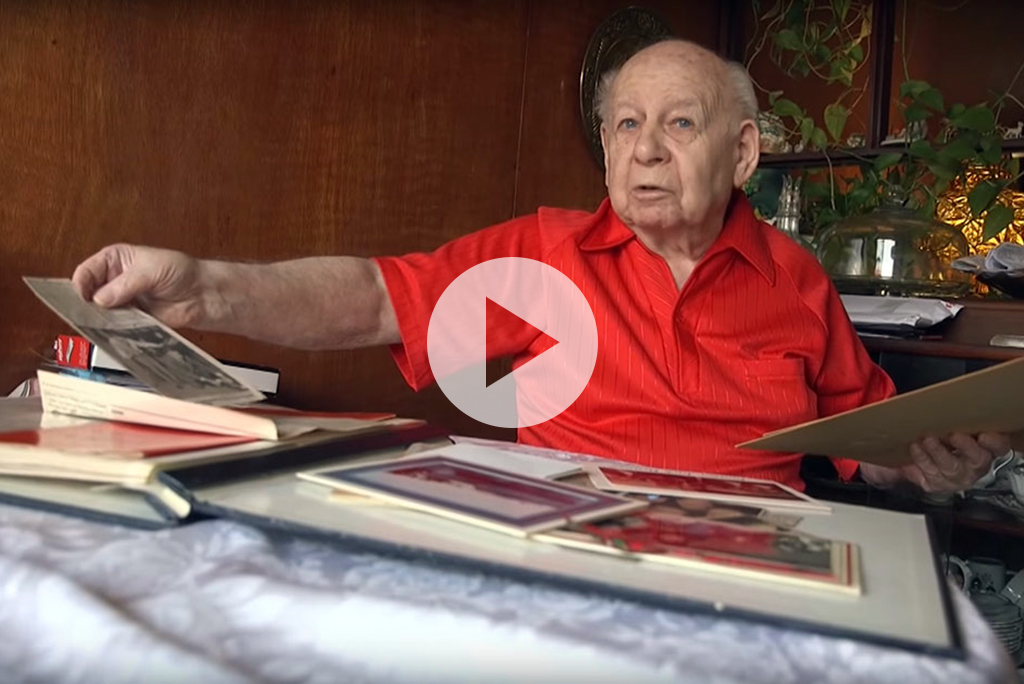