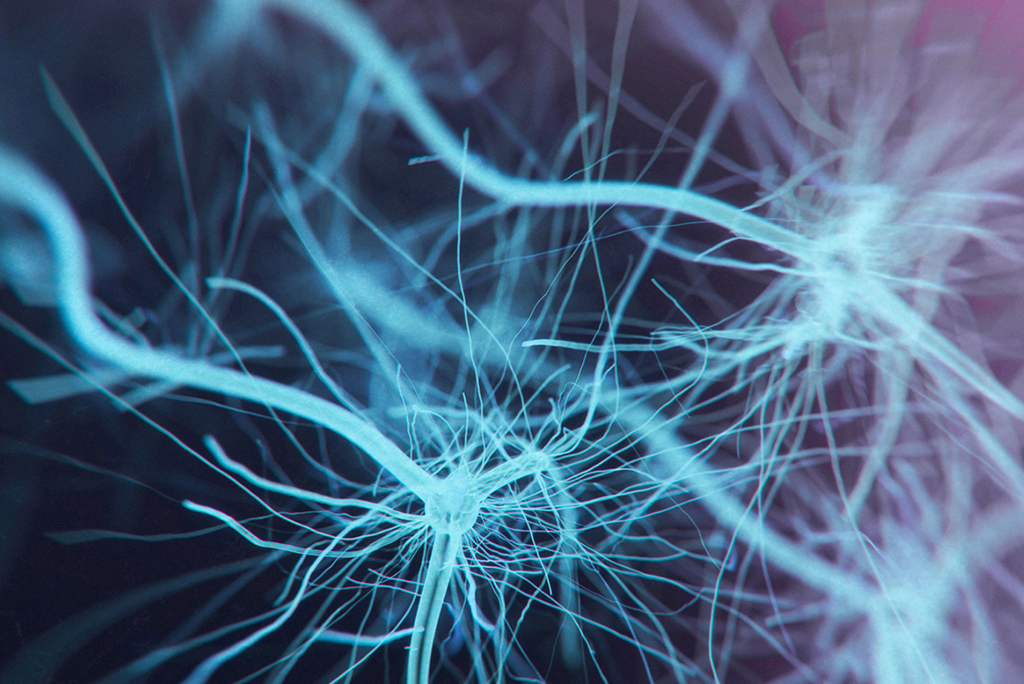 RNA and the Brain

With a goal to advance discoveries and novel approaches that address the core of challenging issues in medicine and society, including for neurodevelopmental conditions, the Azrieli Foundation launched a new funding opportunity in 2020.

Researchers were asked to submit applications which would deepen the understanding of the molecular events “downstream of RNA transcription” that diversify gene expression and function in embryonic and early postnatal development of the nervous system. Simply put, the Foundation was looking for discoveries that might lead to interventions that address the fundamental molecular features that underlie neurodevelopmental conditions. A rigorous, independent external peer review panel vetted all proposals and selected seven grants to receive funding of up to $150,000 per year for three years:

Description: This study uses fruit-flies to determine the function of a molecule called SMARCB1 in normal brain development. SMARCB1 controls whether genes are on or off, and was found to be different in individuals with Autism Spectrum Disorder. Understanding what it does in the nervous system of a simple animal will inform how it causes autism.

Description: The human genome contains the code necessary to produce all the proteins that make up the living organism. But first, the genomic DNA must be converted into an intermediary RNA molecule, which in turn needs to undergo extensive modifications before it can be translated into a protein. One of the most important aspects of RNA processing is called splicing, where long segments of RNA are removed and a much more compact version – the messenger (m)RNA – is produced. Alternative splicing of these regions allows for a large number of diverse mRNAs and proteins to be created. This process is thought to be particularly important in the normal developing brain. This research will explore how splicing differences in genes related to neurodevelopmental disorders affects brain development.

Description: The Kaplan-Miller research team will investigate how regulation of protein translation (the process of creating proteins from mRNA) in neural stem cells determines how many and what type of cells are formed in the brain during development, and how this process is disrupted in neurodevelopmental disorders.

Description: Dr. Sonenberg’s team will investigate the molecular changes, mediated by the cell protein synthesis machinery, that modulate the strength of the synapses (i.e. the communication junctions between neurons), in health and neurodevelopmental disorders. Mechanisms that control protein synthesis are dysregulated in the brain of mouse models of neurodevelopmental disorders and can be targeted to rescue the deficits. This research should advance the understanding of the mechanisms by which neurons transmit signals in health and disease.

Description: This project will find out exactly how the process of protein translation (the process of creating proteins from mRNA) in the nervous system is different in neurodevelopmental disorders.

Description: Dr. Yang previously identified a gene called CELF2, that is affected in patients with a rare neurodevelopmental condition. This project will study how CELF2 regulates neural precursor cells’ decisions on when to divide and become the right cell type, at the right time during development, using mice and human cells as model systems.

-
Early Career Research
“The investigators in the early stages of their careers are in a unique position to advance innovative research projects. They often have difficulty securing their first grant through traditional funding, yet they tackle their research with a high risk/high reward approach, and that is something that we want to support.” -Naomi Azrieli CIFAR Azrieli Global […]