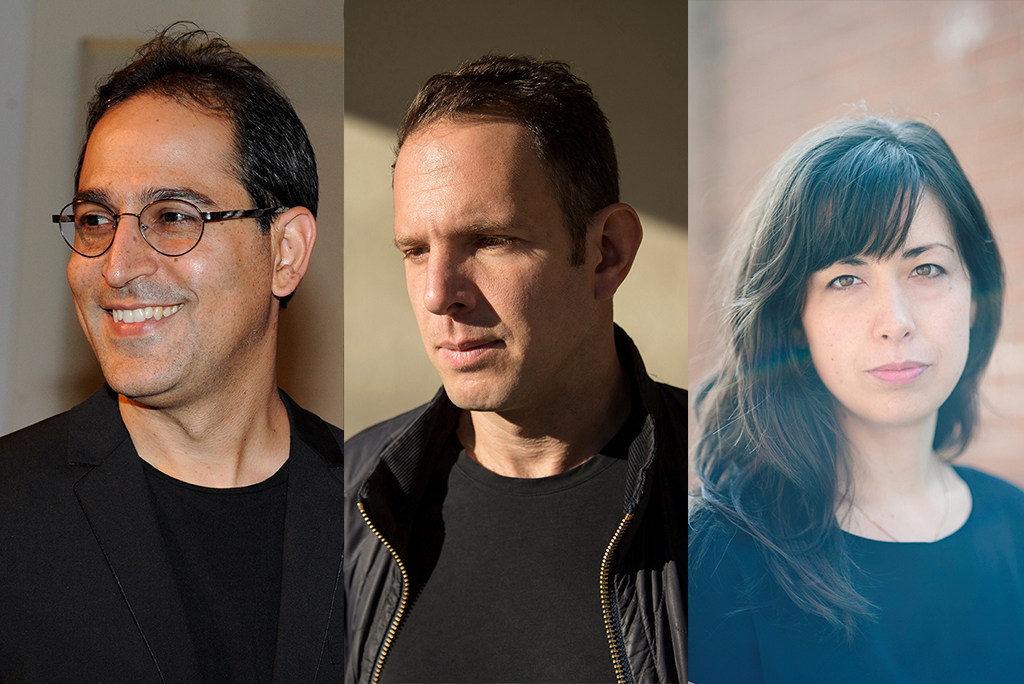 Montreal, QC, Canada, November 7, 2019 – The Azrieli Foundation proudly announces the three winners of their 2020 Azrieli Music Prizes (AMP) – the Azrieli Prize for Jewish Music goes to Yitzhak Yedid, the Azrieli Commission for Jewish Music to Yotam Haber, and the brand new Azrieli Commission for Canadian Music to Keiko Devaux. Established in 2014, the biennial Azrieli Music Prizes offer opportunities for the discovery, creation, performance, and celebration of excellence in music composition.

Each of the winning composers receives a total prize package valued at over $200,000 CAD, including a cash award of $50,000 CAD; a world premiere in Montreal on October 22, 2020 by Le Nouvel Ensemble Moderne conducted by Lorraine Vaillancourt; two subsequent international performances; and a recording of their winning work released on Analekta.

Two of the three prizes recognize excellence in new Jewish music – the Azrieli Prize for Jewish Music and the Azrieli Commission for Jewish Music. The first is awarded to a composer who has written the best new major work of Jewish music. The jury came to a clear and unanimous decision to offer the 2020 Prize to Israeli-born Australian composer Yitzhak Yedid for his Kiddushim Ve’ Killulim (Blessings and Curses). This piece, written for thirteen players, challenges musical conventions by synthesizing ancient Jewish musical sources with contemporary Western art music. It is deeply influenced by Sephardi-Mizrahi Jewish prayers and Piyyutim from the Middle East, drawing on their unique textures and microtonalities.

In selecting Yitzhak for the 2020 Prize, the Jury described his music as “brilliant, creative, dramatic, slyly humorous and unquestionably Jewish.”

The Jewish Commission is awarded to encourage composers to creatively and critically engage with the question, “What is Jewish music?” It is given to the composer who displays the utmost creativity, artistry and musical excellence in proposing a response to this question in the shape of a musical work. 2020 Commission winner, Yotam Haber, has been awarded to write a new song cycle for voice and ensemble, continuing his ongoing investigation into the music of the Jewish community of Rome, using text by modern Israeli poets sung by mezzo soprano in conjunction with, or in opposition to, traditional cantillation and liturgical texts. The work’s title – Estro Poetico Armonico III – is a reference to baroque composer Benedetto Marcello, who transcribed the music he heard in the Venice Synagogue, convinced he was hearing the same music passed on to the Jews on Mount Sinai. Haber’s new work will continue Marcello’s “telephone game” of hearing and re-hearing, remembering and misremembering, informing and misinforming. As a composer of Israeli background, Haber has spent years thinking about how he should look back at his past while looking forward at his future.

In speaking about Haber’s proposal, the Jury declared his music, “fascinating, beautiful, clever and moving. The application of his craft and skill to his compositions demonstrates that he has all the makings of a great composer. The recognition that he has received to date speaks to the high calibre at which he is pursuing his profession.”

Starting with the 2020 edition, AMP has launched the Azrieli Commission for Canadian Music. This prize is offered to a Canadian composer to create a new musical work that creatively and critically engages with the challenges of composing concert music in Canada today. The 2020 winner, Keiko Devaux, will write a new work for 14 musicians that draws on her combined history as a Japanese-French-Canadian. She will weave a sonic tapestry inspired by Japanese folk and popular cover songs from the 1940s that her grandfather sang in the farming fields of southern Alberta alongside the songs, (les chansons françaises), her father brought from France when he immigrated as a young man. By exploring her mixed heritage, Devaux uses her personal story as a microcosm of the complicated multicultural, multilingual, multiregional nature of Canadian identity.

In discussing Devaux’s proposal, the Jury found her music to be, “interesting, authentic, and in a whole different category. Her compositions are mysterious, compelling and beautiful. Her proposal exhibits a clever and original inquiry into what it means to be Canadian that is both honest and, in a way, hard hitting.”

Keiko Devaux is a Montreal-based composer who writes for ensembles, dance and film. Her compositions focus on musical ‘translations’ of experience through the interpretation of extra-musical form and patterns. She holds a Master’s in Instrumental Composition from the University of Montréal and is currently pursuing a Doctorate in Composition under the direction of Ana Sokolović and Pierre Michaud. She has been awarded several distinctions, including the 2019 Jan V. Matejcek Award from the SOCAN Foundation and the audience and jury prizes of
the 2017 Accès Arkea Competition. She was the 2016-18 composer in residence with Le Nouvel Ensemble Moderne.

Yotam Haber was born in Holland and grew up in Israel, Nigeria, and Milwaukee. He is the recipient of major and prestigious prizes, residencies, and commissions, and is widely performed by the leading new music groups around the world. Haber is Assistant Professor at the University of Missouri – Kansas City Conservatory and Artistic Director Emeritus of MATA, the non-profit organization founded by Philip Glass that has, since 1996, been dedicated to commissioning and presenting new works by young composers from around the world.

The multi award-winning YitzhakYedid melds the music of his ancestral Syrian and Iraqi Jewish background with Western avant-garde and free jazz techniques. Combining this with his experience as an improvising concert pianist allows him to create a highly expressive, eclectic and alluring new Jewish music. Yedid studied piano at the Jerusalem Academy of Music and Dance, continued his schooling at the New England Conservatory and earned a Ph.D. from Monash University in Melbourne. He currently lectures in composition and piano at the Queensland Conservatorium Griffith University in Brisbane.

About the Azrieli Music Prizes

Established in 2014, the biennial Azrieli Music Prizes seek to fulfill the Azrieli Foundation’s pursuit of its belief in music as a vital human endeavour that allows humankind to express its creativity; to expand its worldview; and to foster positive cultural exchanges. Open to the international music community, Azrieli Music Prize works are nominated by individuals and institutions from all nationalities, faiths, backgrounds and affiliations, and submitted to the jury through the biennial open call for scores. Past prize winners include Israeli-American composer Avner Dorman (2018), Canadian composer Kelly-Marie Murphy (2018), Canadian composer Brian Current (2016), and US-based Polish composer Wlad Marhulets (2016).

About The Azrieli Foundation

One of the largest philanthropic foundations in Canada and in Israel, the Azrieli Foundation fulfills the philanthropic legacy of David J. Azrieli and has been funding institutions as well as operating programs since 1989. Driven by a strong belief in the powerful role and responsibility of philanthropy, the foundation empowers and supports a broad range of organizations in its eight priority funding areas: Music & the Arts, Education, Fellowships, Community, Holocaust Education & Legacy, Science, Research & Healthcare, Neurodevelopment, Architecture, Design & Engineering. Its activities reach a diversity of people, places and needs.

Through the Azrieli Music Initiatives (AMI), the Foundation is committed to discovering, elevating and amplifying artistic voices, granting broad access to meaningful musical experiences that both exhibit artistic excellence and advance a shared pursuit of learning and wellness. AMI creates meaningful and practical realizations of the Foundation’s mission to improve the lives of present and future generations.