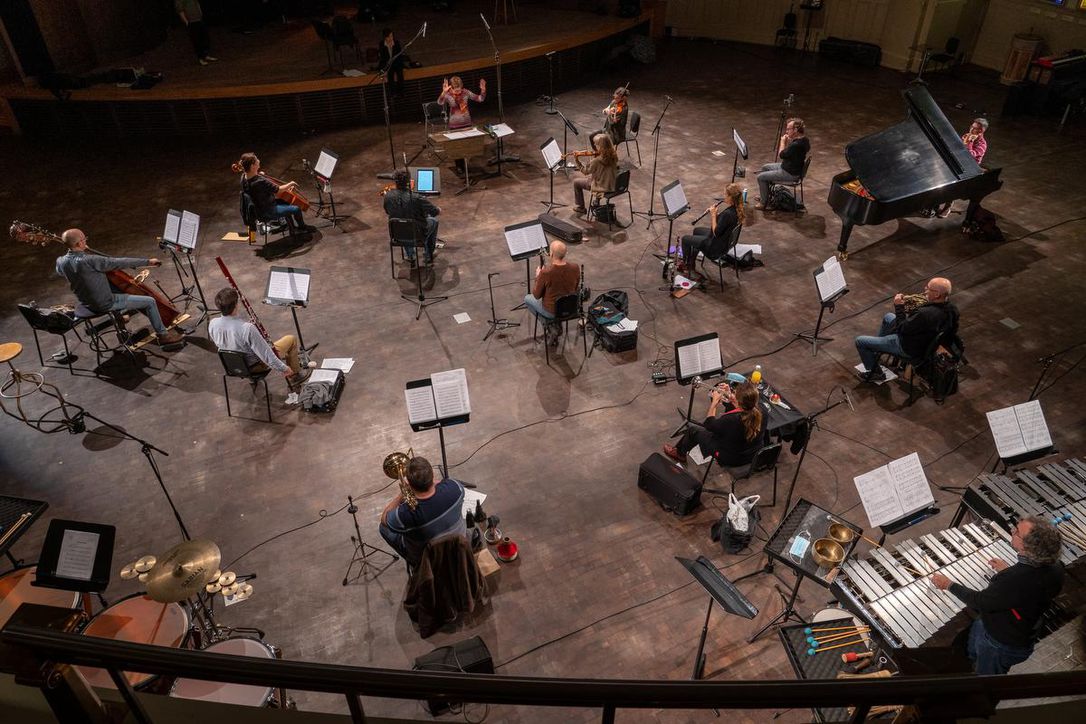 Bach, Mozart, Beethoven? You know what they do. What about Keiko Devaux, Yotam Haber and Yitzhak Yedid? Actually, they do the same: they are composers. Only they are still alive and relatively unknown.

That is where the Azrieli Foundation comes in. Like philanthropic enterprises elsewhere, the Montreal-based foundation has undertaken a mission to discover and celebrate creative talent in music.

Established in 2014 and awarded biennially, the Azrieli Music Prizes are, at a total value of $200,000 each — including a commissioning prize, a gala concert, national premier and recording for release — the largest in Canada to be awarded to composers.

Keiko Devaux has won the 2020 Azrieli Commission for Canadian Music — in the first year the foundation has awarded a prize for Canadian music.

The other two prizes the foundation awards celebrate Jewish music: The Prize for Jewish Music in recognition of “the best new work of Jewish music” which in 2020 is won by Yitzhak Yedid; the other is a “Commission for Jewish Music” from the Azrieli Foundation, won in 2020 by Yotam Haber.

The prize-winning compositions are traditionally premiered at a gala concert in Montreal, only, thanks to COVID-19, this year’s best-laid plans “gang aft a-gley,” as the poet Robert Burns would have said.

And so the Azrieli Music Prizes have, like so many musical undertakings, adapted to pandemic conditions. Rather than cancel the scheduled gala event outright, organizers decided first to scale it down, moving the locale from the University of Montreal’s closed Salle Claude-Champagne to the more intimate Salle Bourgie of the Montreal Museum of Fine Arts.

But as Quebec’s provincial pandemic regulations kept changing, a permitted audience of 50 had to be reduced even further and finally eliminated altogether in favour of an October 22 live-streamed concert available on medici.tv and the foundation’s Facebook page.

It was a strange sight to behold that day in the concert hall, the Salle Bourgie is in a repurposed Sherbrooke Street church, handsomely outfitted with Tiffany stained glass windows. During the afternoon’s final rehearsal the main floor seats had all been removed to allow the masked members of the Montreal chamber orchestra Le Nouvel Ensemble Moderne — performing the premier performance of the three composers’ works — to spread out in a most un-orchestra-like manner, with social distancing.

Cameras were set up on stage and alongside the players while technicians moved cables and adjusted camera angles, with the NEM’s (as the orchestra is popularly known) founding conductor Lorraine Vaillancourt leading the way through the music.

That evening’s concert didn’t look much different than the rehearsal, save for the fact that the musicians and soloists wore evening dress and bowed to the invisible audience. There was no applause, no bringing the composers forward to bask in the limelight.

All three composers were, in fact, instructed to stay home, even Keiko Devaux, who lives in Montreal.

In “Arras,” Devaux, who is currently completing a doctorate at the University of Montreal, takes inspiration from the musical heritage of her Japanese-Canadian mother and French father, weaving the various elements into a sonic tapestry (hence the title) notable for its generally restrained, consistent texture, involving the full 15-member ensemble.

In “Kadosh Kadosh and Cursed,” Yitzhak Yedid, a Jerusalem-born composer living in Brisbane, Australia, celebrates his home town’s Temple Mount as a blessed place which is also a locus of curses. Drawing on Arabic and European musical traditions, he has produced a high-energy score with a strong forward momentum influenced by the rhythms of Jewish folk song, clearly reflecting the turmoil surrounding his source of inspiration.

As for “Estro Poetico-armonico III,” a song cycle for mezzo soprano (Krisztina Szabo) and chamber orchestra, it finds the Dutch-born American composer Yotam Haber responding to a series of traditional liturgical texts and modern Israeli poems with perhaps the most interesting music of the program, full of particularizing detail and colour.

Together with an arrangement of the late Montreal composer Pierre Mercure’s “Dissidence” (with Sharon Azrieli as soprano soloist), the three new pieces filled the Salle Bourgie with reasons to listen.

Why Canada’s largest public philanthropic foundation is on a spending spr... Fostering true understanding of the Holocaust means changing how we teach about...
Top Scroll to top