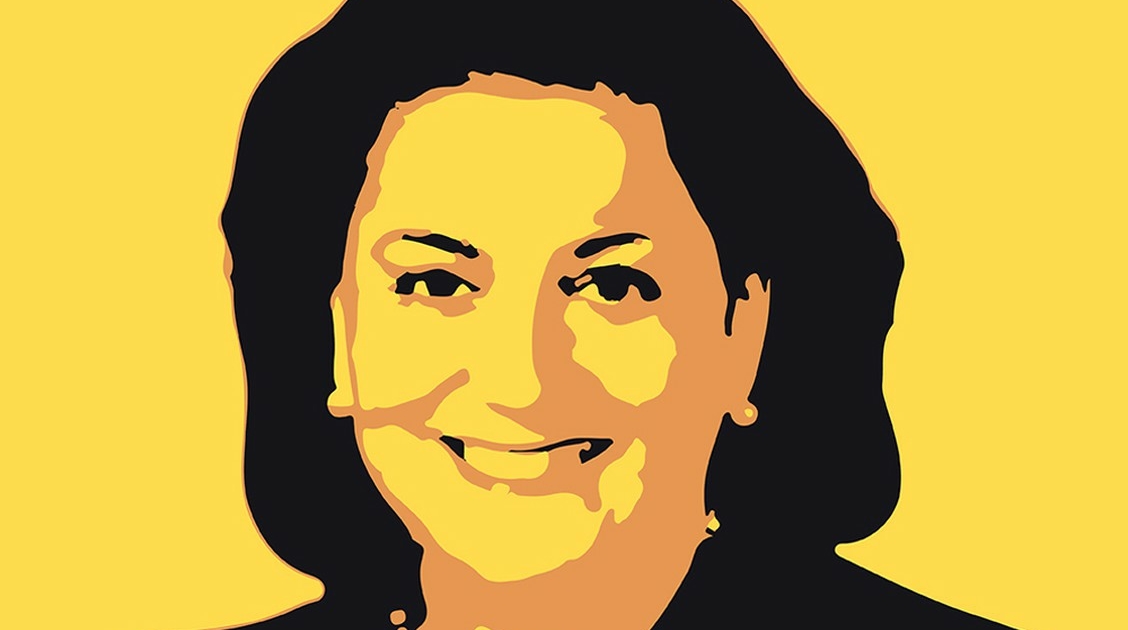 Since mid-March, The Azrieli Foundation has abandoned its cautious approach and sent $10 million out the door as quickly as possible

Naomi Azrieli is a pacer. It clears her head, she says, and helps her think, write and see problems, big and small, in sharper relief, which is to say, the 55-year-old chair of The Azrieli Foundation, Canada’s largest public foundation with more than $2 billion in assets, was doing a lot of pacing in the spring and early summer as the pandemic washed over the country.

Azrieli’s father, David, came to Montreal in the early 1950s. His entire family, save for a brother, was wiped out in the Holocaust, and he set about building a new life, brick by brick. The self-made real estate tycoon, responsible for Montreal’s Sofitel Hotel and several other marquee developments, was one of the country’s wealthiest individuals when he died six years ago and left the entirety of his North American fortune — malls, apartment buildings, condominiums and the proceeds from selling such — to the foundation he started in 1989.

In a typical year, the charity doles out about $80 million to hospitals, hospices, writers’ collectives, theatre groups, brain health initiatives, symphonies, universities, research scientists and assorted programming. Giving is the name of the game. “My father always used to say, ‘We all have strengths we don’t know we have, and if we can help people find that strength, if we can support them generously — and compassionately — then they can find that resilience,’” Azrieli says.

By nature, the foundation is a conservative beast. Serious due diligence is done before a dime goes out the door. It is a cautious approach intended to preserve capital and position the charity to be around, and giving, not for a generation, but for generations to come. But as the COVID-19 virus surged, Azrieli found she had an overwhelming need to do something about the once-in-a-lifetime crisis a bit more quickly. “I thought, ‘What are we here for, if not for this,’ and that this was our moment,” she says.

Before acting upon her drive, however, she had to meet with her board, a.k.a., her two sisters, Danna and Sharon, plus the four wise men of Montreal: Morris Fish, a former Supreme Court of Canada judge; Myer Bick, former president of the Jewish General Hospital; Dr. Frederick Lowy, former president of Concordia University; and George Rosenberg, founding partner of an esteemed international law firm specializing in high-net-worth clients.

Typically, the board meets in person, a non-starter with the pandemic afoot. Meeting virtually produced some hilarious moments, as the men, all seniors, some pushing 90, had to familiarize themselves with a newfangled medium. “There was a lot of, ‘Wait, where is the mute button?’” Azrieli recalls, laughing.

What Azrieli put before the board was an existential question. The foundation gives a lot, but it doesn’t fundraise because it doesn’t need to. It generates a bundle, earning tens of millions in revenue, from its real estate assets and investments. What if, she asked, after much pacing, instead of being conservative and scaling back on spending in a time of economic calamity, they open up the metaphorical wallet and start throwing around cash at unprecedented levels? What if they overspend, this year, next year and several years to come? And if, worst case, the economy doesn’t recover, the virus doesn’t go away and the foundation spends its way out of existence, what then?

“I painted a pretty grim picture,” Azrieli says. The board’s reaction to the presentation is best summarized as: What are we waiting for? Since mid-March, Team Azrieli has released $10 million in pandemic-related funding, and has committed to spending an additional $50 million over and above what they would normally spend during the next five years.

The charitable geyser has, in part, been aimed at areas they normally don’t fund, including food banks, to the tune of half-a-million bucks. Another $200,000 funded some MacGyver-style wizardry at Toronto’s Sunnybrook Hospital to convert Scuba masks into wearable personal protective equipment, at a time when such equipment was in short supply. A hospital-based mask sterilization technique got a $200,000 bump, too. The foundation also gave $350,000 in emergency funding to Holocaust survivors, long a foundation cause, $1.5 million to people with disabilities and $1.5 million to a United Way effort to support vulnerable women. And more.

“I think my father would be proud of us,” Azrieli says. “When he started the foundation, the goal was generosity and compassion, and that overrides everything.”

Now it is November, and Azrieli is still pacing, even though the worst-case scenario she painted to the board hasn’t come to pass, and she doesn’t believe it will, not with a vaccine on the horizon and government stimulus keeping people afloat in the interim. What concerns her most now is the health of other charities. The black tie affairs, big ticket galas, cocktail parties and silent auctions, where the rich mingle with the rich and write big cheques that charities rely on to raise funds, aren’t going to happen this holiday season. Trying to mimic them on Zoom isn’t going to cut it either.

Azrieli, a homebody and a hobbyist cook, would rather prepare Provencal chicken (with olives) in the slow cooker for dinner at home with the family than head out in formal attire. Her octogenarian mother, Stephanie, is the same. The family name, had she her druthers, would never be attached to any of its gifts.

But there is a point to those fancy parties, Azrieli says, using as an example the $10.4 million in seed money the foundation donated to Toronto’s Centre for Addiction and Mental Health (CAMH) in 2018 to support adults with neurodevelopmental disabilities and mental illnesses. They deeply believed in the cause, but they also believed the publicity around the gift itself, and putting on a good show and giving a speech, was the homebody philanthropist’s version of a polite arm twist. A means of encouraging others with deep pockets — wink, wink, nudge, nudge, twist, twist — to get with the program and donate, too.

As people hunker down for the onset of a pandemic winter, there will be no shortage of good causes to support, even though those gala dinners aren’t happening. COVID-19 isn’t over, but it is the season to give, and the country’s largest public foundation isn’t about to slow down.

A Cry in Unison Azrieli Foundation conducts a new approach to launching its prize-winning c...
Top Scroll to top