The donation is the Azrieli family’s latest investment in higher education, the Jewish community and the next generation of leaders 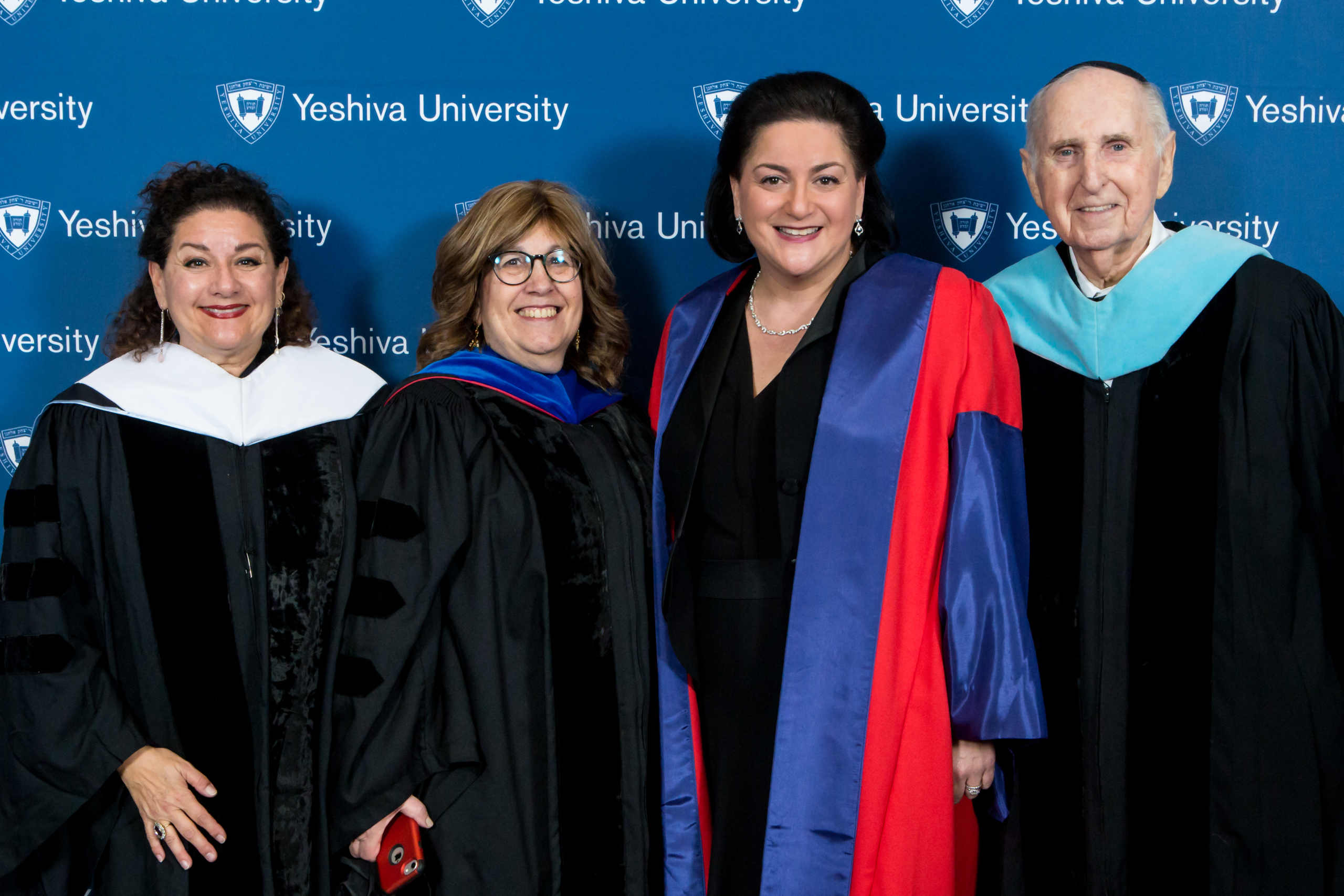 Yeshiva University announced at its 95th Annual Hanukkah Dinner and Convocation on Sunday, Dec. 8, 2019, that it has received an $18 million gift from The Azrieli Foundation. The gift will provide continued support of the Azrieli Graduate School of Jewish Education and Administration as well as strengthen undergraduate scholarships. It is one of the largest gifts focused on Jewish education that Yeshiva University has received and stands to have lasting impact on generations of YU students.

The Azrieli Graduate School was established in 1983 by the Canadian builder and visionary businessman David J. Azrieli. Since opening 36 years ago, Azrieli has educated over 800 students from around the world. Every day, our graduates are teaching in hundreds of classrooms, camps and Jewish places of learning, helping to shape the next generation of students. They have a lasting impact on their students and inspire and infuse both passion and skill in their classrooms. Graduates have demonstrated leadership both in the classroom and through service to their communities and are shaping the landscape of Jewish education across the globe. This gift will help provide opportunities for undergraduates and graduates to receive a world-class education based in foundational Torah values and will enable faculty to continue innovating and enhancing programs.

The announcement was made at Yeshiva University’s 95th Annual Hanukkah Dinner and Convocation, which took place at the New York Hilton Midtown Hotel in New York City. During the evening, the University presented the Azrieli family with its Legacy Award, celebrating 36 years of transformative partnership with Yeshiva University and honoring the Azrieli Foundation’s three decades of impact philanthropy.

“We are honored to receive this recognition, which would have meant so much to my father,” said Dr. Naomi Azrieli, Chair and CEO of the Azrieli Foundation. “He held a deep belief, which we share, in the redemptive power of education. He also felt that his support of education wasn’t charity, as it was giving back what education had given to him.”

During the evening, Dr. Berman conferred an honorary degree upon philanthropist Howard Jonas, founder and chairman of IDT Corporation, Genie Energy and IDW Media and chairman of the board of directors at Rafael Pharmaceuticals. Jonas and his wife, Debbie, support a variety of causes in the Jewish community. Their family foundation supports health and hospitals, education, poverty relief, addiction treatment, religious outreach and the disabled, primarily in Israel and the United States.

About The Azrieli Foundation

One of the largest philanthropic foundations in Canada and in Israel, the Azrieli Foundation fulfills the philanthropic legacy of David J. Azrieli and has been funding institutions as well as operating programs since 1989. Driven by a strong belief in the powerful role and responsibility of philanthropy, the foundation empowers and supports a broad range of organizations in its eight priority funding areas: Music & the Arts, Education, Fellowships, Community, Holocaust Education & Legacy, Science, Research & Healthcare, Neurodevelopment, Architecture, Design & Engineering. Its activities reach a diversity of people, places and needs.

The Diary of Susan Garfield The Azrieli Foundation Announces Calls for Proposals for New Performance Fu...
Top Scroll to top