The Workshop was dedicated to a rethinking of architecture and the urban space from the point of view of texts. More specically, it focused on the writing of space, that is, the phenomenon of writing about buildings and urban spaces and the experiences across different time periods. As opposed to the common hierarchy in which building precede the words and theories written about them, we considered the primarily of writing in its various forms, as releasing other dimensions of the experience and understanding of the built environment.

In the opening of his book Species of spaces and other pieces (1997), George Perec writes: “I write, I draw words on paper. This text, which relates to the place of space, opens with paragraphs that describe writing as a spatial activity, an activity which is not arbitrary, and is saturated with the modes of speaking and writing. Even if we speak metaphorically of “the structure of the text” the “paging”, the “column in the newspaper”, the verse of a song, the writing of Perec in this book merges an architectural language and the act of writing, as follows: “the text comes into being…takes a place…becomes petrified.” Or, somewhere else, “I write, I dwell on the paper…” For Perec building is the writing of the text, and just like a text is built, buildings are written. The spaces of Perec begin on the page, and on to the room, the apartment, the building, the neighborhood and the city. The spaces are multiplied, split, and take on different forms.

Perec’s writing proposed practice in observation, how to write in detail what one sees: how to describe the components of the street, or decipher the details of the city. However, the practice of observation is not only empirical; it leads us to getting close to space, to the zero point of space. And out of the place a new observation extricates itself, different from what was known and familiar in our everyday environment until that moment. This repeated form of observation which Perec proposes, is a phenomenological way of understanding a place, and turns the place into the “place” in itself, a space in which writing makes possible an observation of the place in a time of movement from one space to the other, at the same time going in and coming out. The recent Azrieli Workshop was dedicated to a rethinking of architecture and the urban space from the point of view of texts. It focused on the writing of space, that is, the phenomenon of writing about buildings and urban spaces and the experiences across different time periods. In a certain aspect it was the continuation, as well as the other side of last year’s symposium which related to the research aspects of design, or, in other words, research as design.

In this workshop we wished to consider the text and writing, as the starting point, from which rise other dimensions of experiencing and understanding the urban space, different from the more common hierarchy, in which buildings precede the words and theories written about them, or words are a programmatic basis for future planning. We also wished, to destabilize common distinctions between poetic, literary, artistic writing modes, and the writing by architects, and by architecture. The selected texts which stood as the infra-structure, or the basis for the workshop activities, related to academic and non-academic writing, based on words, and such which are based on other forms of text which touch upon the experience and the history of architecture and the city. 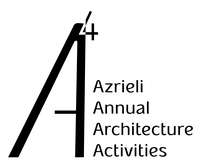